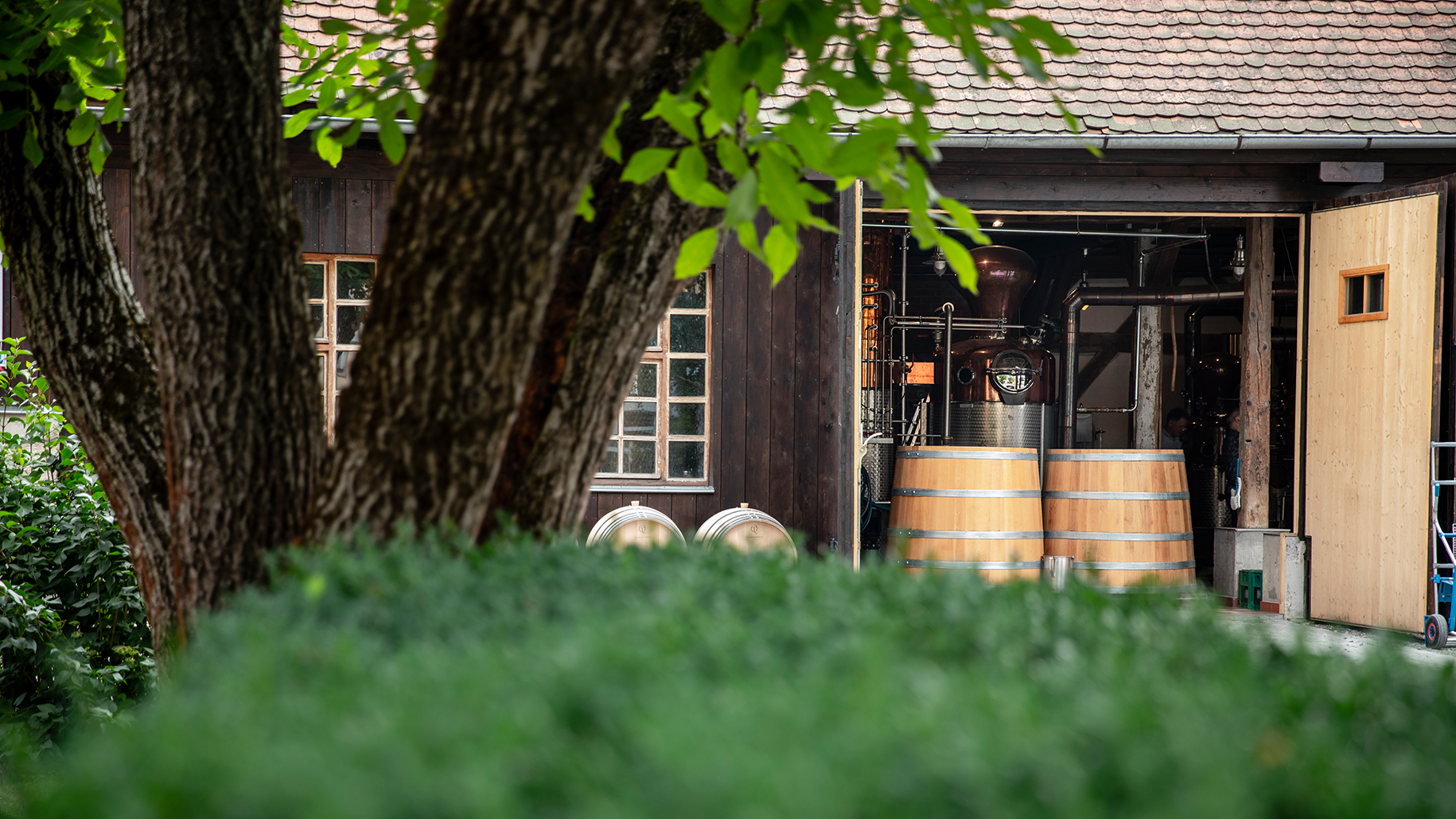 Distilling whisky is a family matter for us

We are a traditional artisanal distillery in Erbendorf, Bavaria, at the foot of the Naturpark Steinwald conservation area. For six generations, our family has represented products with a character that reflects the distinctive features of an entire race and the originality of a unique natural landscape. Waywardness and sensuality manifest themselves in the striking, surprising taste experiences of our creations.

The secret of our Stonewood whisky distillery lies in the strength of home and lifeblood, of tradition and renewal.

A 200-year tradition of craftsmanship

Our craft reflects the experience and tradition of a 200-year distillery history, renewed and expanded in each generation by education and inventiveness. All of our Stonewood whiskies have something in common. They are produced with care and dedication, and harmonise with our attitude: always give your best, and stay true to yourself.

We are uncompromising – we do everything ourselves! From selecting the raw materials to fermenting and distilling to bottling. Connoisseurs can taste our skill comprised of traditional family knowledge, skilled craftsmanship, the courage to innovate and a dash of waywardness.

Numerous international awards earned by our Stonewood whiskies in recent years motivate us and acknowledge what we do. 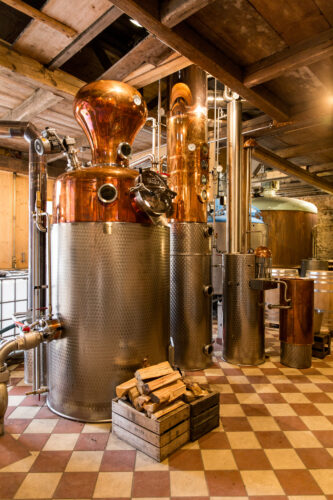 The story began with grain...

Johann Baptist Schraml, the distillery’s founder, was granted the right by the Kingdom of Bavaria to commercially produce brandies from fruits and grains. The processing of grain commenced in the year 1818. This was rather unusual for Bavaria at the time.

The first and, at the time, probably the only noteworthy customer was the Bavarian military, and corn brandy was the alcohol in demand. Schraml, previously a cavalryman himself, may have found his customers among the ranks of old comrades. In any case, he was also a master baker and so grain was his profession. 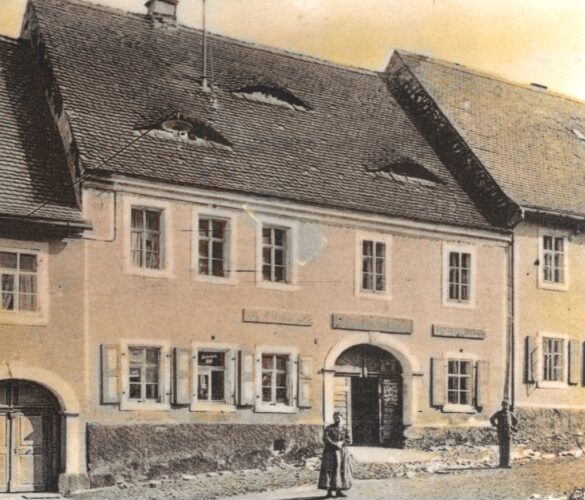 At the end of the 19th century, another variety aside from corn appeared under the aegis of Christoph Karl Schraml: A brown grain spirit made by mashing various types of grain and stored in old oak barrels after distilling. When, how and why this variety emerged is unclear today. Possibly this “brown grain spirit” resulted from an emergency situation, since the supply of grain varieties such as wheat was likely not always sufficient in those times. Other grain varieties were therefore processed as well and the distillates stored to account for possible future shortages.

The whisky from the Steinwald

Josef Schraml carried on the distillery in the 20th century and therefore also the production of grain whisky. It was not however called that yet. His son Alois Schraml first named the brown grain spirit “whisky” in the 1950s due to its distinctive characteristics. Initial attempts at marketing were made under the name “Steinwald Whisky”. Whisky marketing stopped playing a strategic role in the seventies. However, production of the Steinwald Whisky continued.

Alois Schraml’s successor, his son Gregor, began reviving the whisky business immediately after joining the family distillery in 2004. Based on its home in the low mountain range of the Naturpark Steinwald conservation area and the distillery’s founding year, the most traditional of the distillery’s products was presented with a new look as “Stonewood 1818 Bavarian Single Grain Whisky”. It was an immediate success! “Stonewood 1818” earned a gold medal at the World Spirit Awards 2008, making it known far beyond the borders of its home in northern Bavaria.
To this day, „Stonewood 1818“ is considered Germany’s historically oldest whisky, making the Steinwald-Brennerei the country’s oldest whisky distillery.

Inspired by a friend’s idea to create a weissbier whisky, Schraml prepared a whisky wort based on the production of wheat beer. Brewed with a high original gravity and fermented with weissbier yeast, it is distilled and aged for seven years in barrels made from American white oak. The result is a single wheat malt whisky, called “Stonewood Woaz” in keeping with the Bavarian nomenclature and bottled with 43% by volume. „Stonewood Woaz“ received a gold medal at the 2013 World Spirit Awards and has consistently placed among the top ten in competing for the Germany’s Best Whisky Award since 2011.

A whisky made from 100% barley malt was first brewed in 2012, adding a classic single malt whisky to the product range. With a Bavarian name, it too became part of the Stonewood series: „Stonewood Drà“It is Schraml’s third whisky, aged in white oak barrels for five years.

Last but not least, number 4. In 2015, Schraml delivered the answer to the frequent question about more smoke in the whisky with his fourth creation: „Stonewood Smokey Monk“ is a single malt whisky made with beechwood smoked malt and aged for three years. Aside from the typical whisky flavours, the taste is highly reminiscent of smoked ham. So yes, Schraml can make it more smoky. But in the Bavarian way. 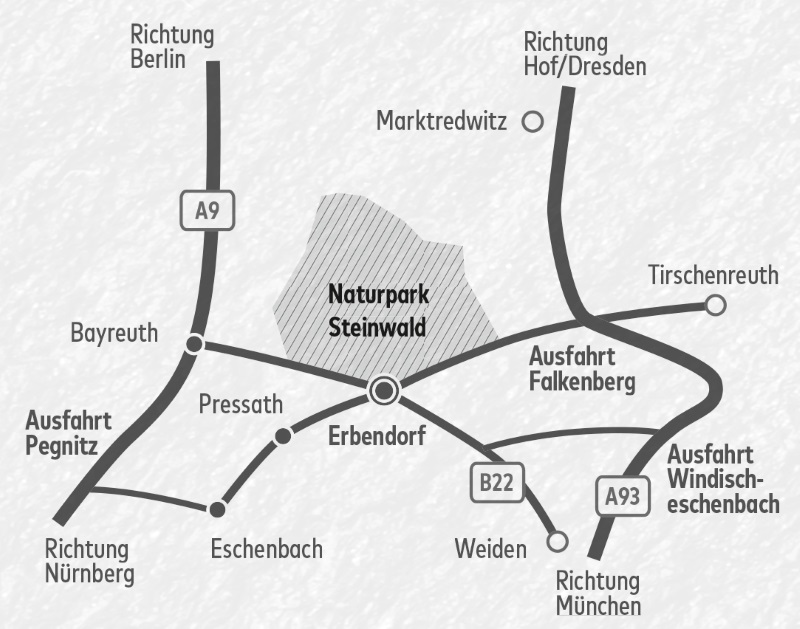